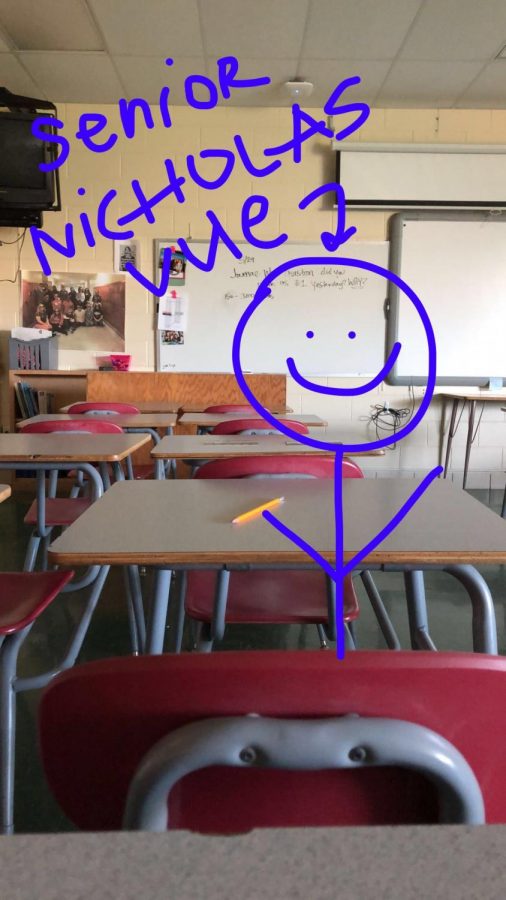 There is an ongoing joke about how Senior Nicholas Vue never comes to school so this stick figure drawing is standing, more so sitting, in his place.

Senioritis. Se·​nior·​i·​tis. Noun. According to Merriam-Webster.com, it is defined as an ebbing of motivation and effort by school seniors as evidenced by tardiness, absences, and lower grades. You either have it or you will. Senioritis is exactly what it sounds like, a disease. You will and can think you will never catch it, but it is contagious, and I for one was a non-believer until it hit me. For example, this article is about Senioritis but because I have it, I have not gotten around to writing about it. It is currently 1:51 AM, May 28th, and I have 7 days of school left. 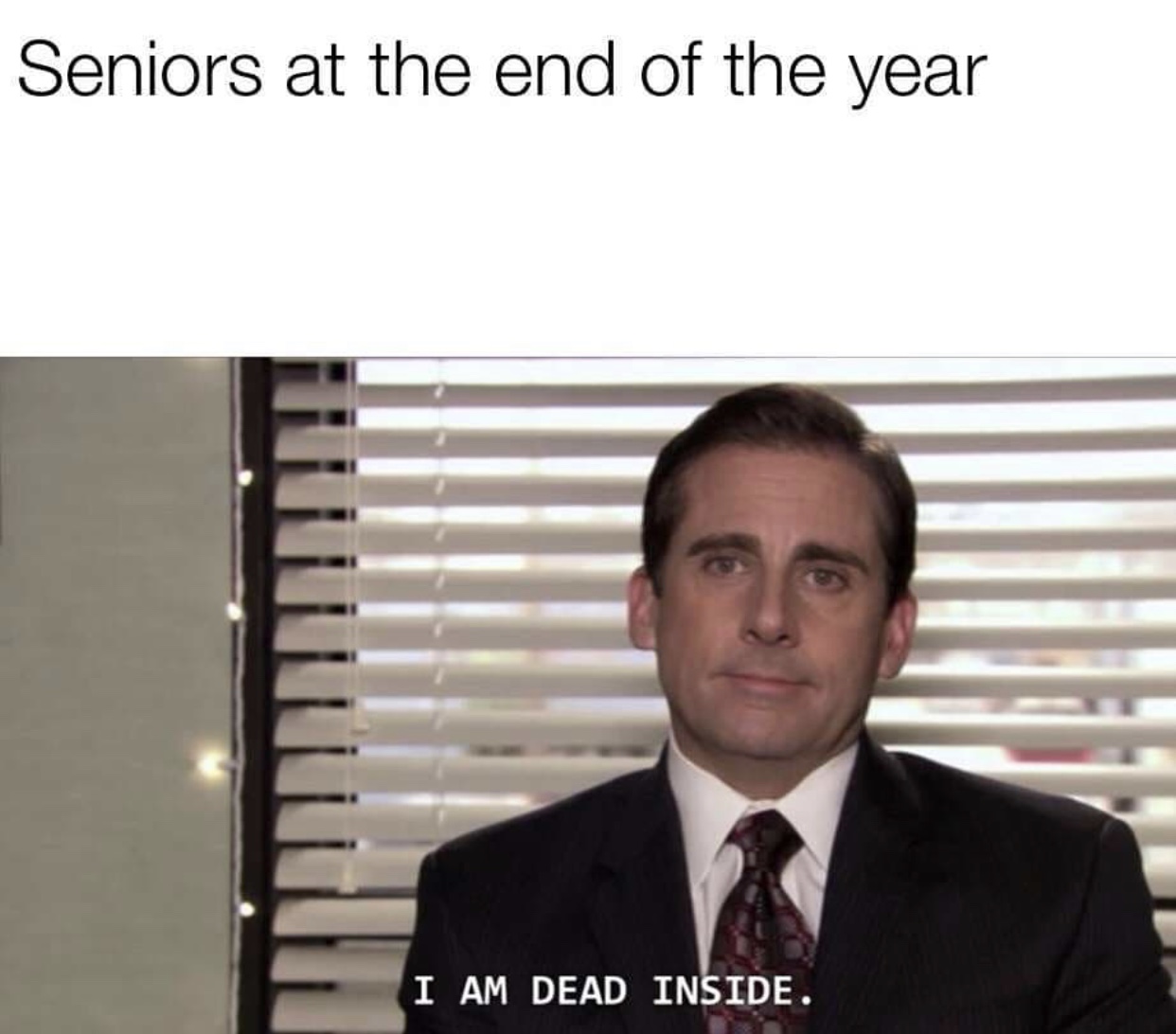 Now, it is currently 12:27 PM and I am in AP Biology with a fellow student, Junior Camila Trimberger, claiming she has onset Senioritis, Junioritis. “Once February hit, I didn’t want to do homework ever again,” Trimberger said. This is one of the symptoms of Senioritis, the sudden need to not want to do anything. Junior Austin Reneyso has also been affected by Junioritis, “You know that you have/want to do your homework but also you have/want/need to watch “The West Wing” on Netflix. Great Show by the way, blame it on Mr. Jon Schrank because he introduced it to me.” Netflix can weaken the immune system, especially when someone recommends a show. It is physically, mentally, and emotionally impossible not to check it out, and once you are hooked, it is too late. This also displays the symptom of being easily distracted and mixing up your priorities Lastly, I was also going to interview Senior Nicholas Vue who is in AP Bio as well, however, he was not at school, as per usual, ever since school started really. Ask anyone.

At 1:30 PM, I was in Myth and Legends, a class with the majority of the students being seniors. Personally, having Senioritis feels like a crisis to me because I still have lots to complete before the school year ends, however, to students like Senior Tyler James Splittgerber, there is really no reason to stress about it. “I don’t really have a problem with Senioritis, it naturally happens, and because I already have all my credits to graduate, I haven’t done anything to stop it,” Basically, Splittgerber is saying he does not need a cure right now, he will worry about it later. This reveals another symptom, coming up with reasonable excuses not to get your stuff done. Although, from a teacher’s perspective on May 31st at 3:01 PM in AP Calculus, Mr. Troy Gerstner says, “I think Senioritis doesn’t just happen to seniors, it happens to everyone When you know the end is near, you get restless and you’re ready to leave, just like when we have winter break or spring break.”

Three days of school left and two days until this article has to be turned in. At 1:19 PM on June 3rd, Senior Hunter Kuester, a senior who is not suffering from Senioritis said, “I’m just chillin” when asked how he feels about the year ending. Surprisingly Nicholas Vue was at school today when asked the same question as the previous senior, Vue said, “I’m sad that the year is ending, and I still have a lot of stuff to get done, but I’m completely fine with not doing anything anymore. No matter where you are on the level of homework you still have to complete, sometimes you just have to come to terms with the final step: acceptance.

Today, June 5th at 3:30 PM,  this article is due. It is currently 7:48 AM. Whether you believe Senioritis is real or not, I have no doubt that you won’t go through the symptoms of Senioritis. Nonetheless, I will leave you with this piece of advice in an attempt to save you from getting Senioritis: just do your work. At the moment, watching Netflix, sitting on your phone, or basically, anything that does not have to do with homework sounds appealing, but definitely not worth it when you are hanging on a thread towards the end still trying to get your work done. Just get it over it and maybe, just maybe, you can avoid Senioritis completely.

Adviser Note: Darahnea Moua effectively beat back a bit of senioritis to finish this article before the deadline.